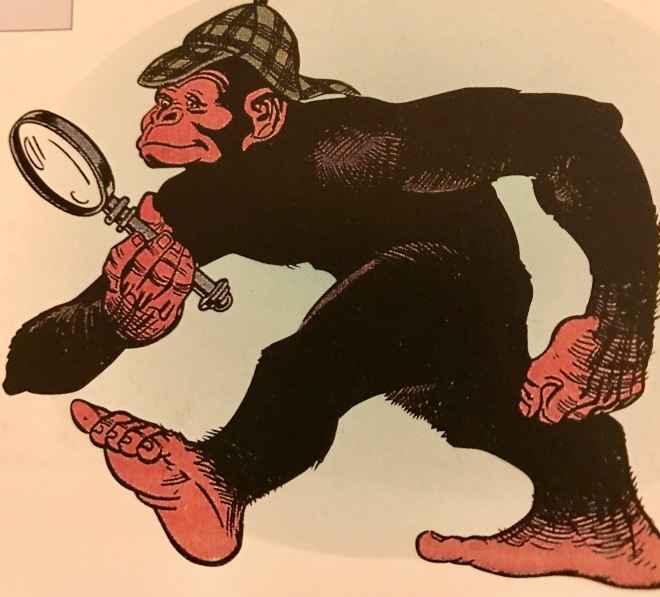 Special Powers/Abilities: Highly intelligent; can communicate will all forms of animal life.

“Bobo is a chimpanzee from Africa, brought to the U.S. by animal trainer Fred Thorpe and promoted as the ‘Detective Chimp’ in a novelty act in which Bobo learned to respond to simple cues and appeared to solve crimes. After journeying to the Fountain of Youth with Rex the Wonder Dog, Bobo received enhanced intelligence and the gift of speech. Bobo moved to the U.S. after he solved his first criminal case and was raised by Fred Thorpe, a world-renowned animal trainer.

Tragically, Thorpe was savagely murdered. Bobo then joined forces with Florida Sheriff Edward Chase and, using his advanced instincts and intuitive skills, discovered Thorpe’s killer. Chase took on Bobo as his companion, and the two solved numerous cases over the years. Detective Chimp emerged from years of alcoholism when the Spectre attacked the Earth’s magic-users. He became a member of the Shadowpact, battling supernatural threats and spending a year trapped in the town of Riverrock, Wyoming following the Infinite Crisis.” 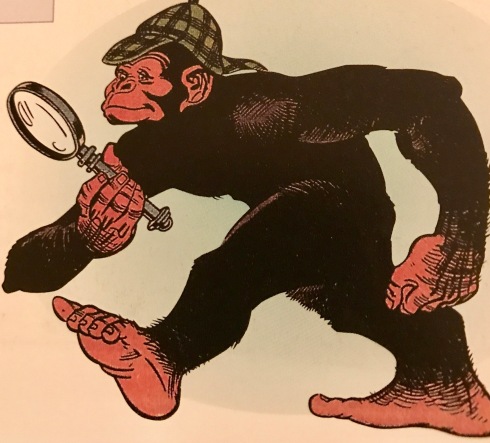 Phil Jimenez, The DC Comics Encyclopedia: The Definitive Guide to the Characters of the DC Universe (New York: DK Publishing, 2008), 100.

3 thoughts on “Comic Book Character of the Week: Detective Chimp”